Malta’s Mediterranean climate makes in a perfect place to create ripe and full bodied wine. The production of wine started over two thousand years ago and whilst Malta is not as well known for its wine as its neighbouring Mediterranean islands, Maltese wine is gradually become more popular and has recently won awards from overseas, including France and Italy.

Malta has two indigenous varieties of grape; Ġellewża and Ghirghentina. There are also many international grape varieties in Malta including; Cabernet Sauvignon, Merlot, Syrah, Grenache, Sauvignon Blanc, Chardonnay, Carignan, Chenin Blanc and Moscato. The wine producers are careful to select the varieties that suit the limestone terroir. Whilst there is sometimes a shortage of grapes actually grown on the Maltese island, producers overcome this by importing them from nearby countries such as Italy and Greece.

There are five major wine producers on the island and all offer some form of tour for visitors which are highly recommended if you are interested in finding out more about the production of wine from Malta. Marsovin, Emmanuel Delicata are the oldest and largest producers. Camilleri Wines, Montekristo and Meridiana are three newer producers that began early in the 21st century.

The quality wine system D.O.K (Denominazzjoni ta’ Origini Kontrollata) was introduced to Malta in 2007 and this enabled any wines produced after the 2007 harvest that comply with the Q.W.P.S.R. (Quality Wine Produced in a Specific region) and meet the accreditation of the D.O.K to display this on their bottle.

Whether you are a wine connoisseur or just enjoy a nice glass with your evening meal, the Maltese wines are definitely something to try on your trip to Malta. 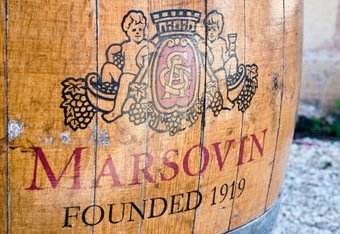