Cart Ruts are one of the archeological mysteries of the world and there are many speculations as to how they were created and what their purpose was. Malta is believed to have more cart ruts than anywhere else in the world and they can be found all over the islands in the archipelago.

What are Cart Ruts and how were they formed?

Cart Ruts are deep parallel grooves that are found in hard rock. The grooves look like ruts that could have been formed by carts and this is where the name Cart Ruts has come from.

There are many variations in the lengths and depths of the cart ruts which further confuses what their purpose was and how they were made. Perhaps the most popular of theories is that they were formed by carts used as transport in the Bronze Age (2000 – 1400 BC), although this does not explain why the ruts appear to have no direction! There are also no explanations as to what was being transported on the cart ruts.

Where to see Cart Ruts in Malta…

There are plenty of places to see the mysterious cart ruts all over Malta, but perhaps the most popular place, due to the dense number, is Clapham Junction, aptly named by British archeaologists who believed the complex network resembled the railway lines at Clapham Junction station in London. The Clapham Junction Cart Ruts are situated near the Dingli Cliffs on the main island. If you are driving, road signs will also read Misrah Ghar il-Kbir. 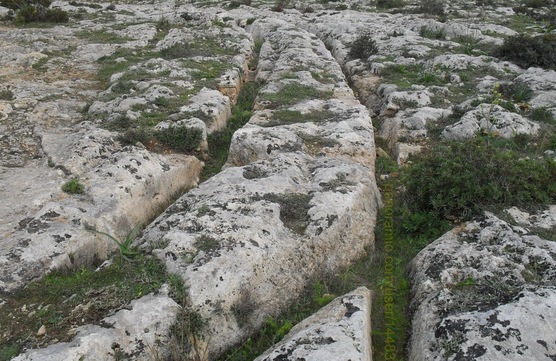